Growing up, one of my favorite television shows was Hawaii 5-0. I loved the exotic locale. The theme song, Jack Lord’s hair, “Book ’em Danno” all of it. When I first heard about the ‘new’ Hawaii 5-0, I was filled with trepidation. 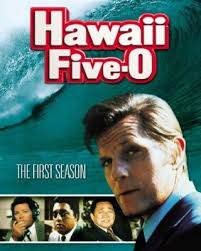 First, that Hollywood can’t come up with anything new. Everything has to be remade or my new least favorite buzzword (replacing synergy) ‘rebooted.’ But then I think, maybe a concept like a special police squad in Hawaii, chasing down bad guys, with today’s special effects and production values might not be such a bad thing. And of course, once I heard Grace Park was cast in the new version, I was sold. More on that later, but for now, here is my running diary of the premiere of the new Hawaii 5-0.

10:06 Excellent sequence to open the show. Lots of action, stuff blowing up (if you’re a frequent visitor to this web site, you know how I feel about that)

10:07 Great move. They kept the original theme song. One of the great TV theme songs of all time, Hawaii 5-0. I even heard they brought in some of the original musicians to rerecord the score in a digital studio.  Smart move.

10:08 Never have been a big Alex O’Loughlin Fan. Everywhere I hear thousands of woman taking my name in vain. Blaming me for the cancellation of his previous shows, Moonlight and Three Rivers.

10:10 GEEK ALERT! GEEK ALERT! I just realized a double Joss Whedon connection in this show! James Marsters who played Spike on Buffy, The Vampire Slayer, is the bad guy in this episode. Daniel Dae Kim, one of the regulars, also played a recurring role on Angel

10:11 Also, Jean Smart is playing the governor. Another good move. She played the crazy President’s wife in 24. I have a feeling early on, that the show could benefit from more of her on the screen. If she’s only going to be in the pilot, I think that makes the show weaker.

10:18 Commercials remind why I like to watch television shows when the entire season is available on DVD. Yet I’m afraid if I like a show, and don’t watch it ‘same night’, it will get cancelled. I am reasonably sure there is scientific evidence to back this up. But I do not have it on me at the moment.

10:20 Twenty-minutes in and still no Grace Park sighting. That is a major drawback as far as I’m concerned. It’s going to cost them at least one star in the review. If you have Grace Park in your show, you do not wait until, twenty minutes in to have her appear.

10:22 Instant conflict between McGarrett and Dano. Nice move, conflict is always good. Playing the rogue cop who has to earn the grudging respect of his new partner angle , can be interesting when it is well done. This looks well done. 10:27 Finally, the first Grace Park sighting!  (Important Disclaimer. In case you were wondering. Grace Park is the Official Emergency Back Up Wife of Michael Spradlin. And yes. My wife understands this. After all: Emergency!). And let me just say, I saw Grace Park in person at San Diego Comic Con this year, and was about to inform her of her status as my Official Emergency Back Up Wife, when I learned, quite unfortunately I might add, security guards at the San Diego Convention center ARE equipped with tasers. If you don’t know who Grace Park is, you might recognize her as Boomer on Battlestar Gallatica. And if you still don’t recognize her, got to Google Images and type in Grace Park. Go ahead, I’ll wait here.

10:45 The team comes together. It’s a good cast. A little too quick on the ‘making up’ between Dano and McGarrett. Will be interesting to see if the conflict surfaces again. And I would also highly recommend to the producers that they feature more Grace Park in each episode.

10:49 Hmm. Commercials, still considering waiting until the DVD comes out before watching another episode.

10:57 And of course the question, hanging on the lips of every one of the original 5-0 fans is: Will they bring back Wo Fat? They must. They simply must. What would Hawaii 5-0 be with out Wo Fat?

So, did you watch it? What do you think? How does it compare to the original? Will you watch it again? I’d love to know.